A grassroots collective of agencies and residents in Regent Park, Moss Park, St. James Town and Corktown neighbourhoods, working to increase civic engagement in elections and beyond, through non-partisan community organizing.
1 / 5 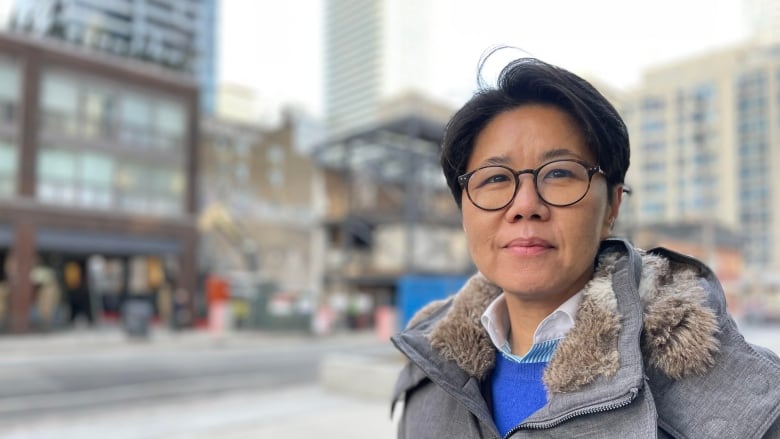 (CBC) - Wong-Tam will look to replace NDP MPP for Toronto Centre, Suze Morrison, who will not seek re-election

Toronto city councillor Kristyn Wong-Tam will not be seeking re-election for city council in October after announcing she will run as an Ontario NDP candidate in the upcoming June election.

In a statement posted to her website Friday morning, Wong-Tam said she decided to throw her hat in the ring for MPP for Toronto Centre "after a great deal of consideration and conversations with my family and close friends."

Wong-Tam has been city councillor for the area for almost 12 years.

"My love for Toronto Centre and our neighbourhoods runs deep. It is my home," Wong-Tam said.

Wong-Tam will look to replace current NDP MPP for Toronto Centre, Suze Morrison, who also announced earlier this week that she will not seek re-election.

"The amazing Ward 13 team will continue to work at full speed to support residents as well as the interim Councillor and ensure a smooth transition after the next municipal election," Wong-Tam said.

"To the mayor, members of city council and the Toronto Public Service, working alongside you has been a life-transforming experience and even more so during a global health pandemic." 'Champion for Toronto'

NDP Leader Andrea Horwath says she's overjoyed Wong-Tam is joining the NDP team. She said Wong-Tam has a passion for human rights and advancing equity, for promoting entrepreneurship and supporting the arts.

"Above all, Kristyn is a champion for Toronto and the people who live here," Horwarth said in a news release.

"She believes deeply in the promise this great city and the province holds. As a city councillor, they are on the front lines — seeing every day how people are impacted by chronic underinvestment."

Horwath said Wong-Tam has a drive to make homes more affordable for middle class and working families, and is a committed advocate for fixing health care and home care, and helping seniors age in their own homes. In a statement released Monday, the MPP for Toronto Centre said she is struggling with severe pain from endometriosis.

“Standing alongside (NDP Leader) Andrea Horwath, the NDP caucus and the incredible people of Toronto Centre — and standing up to Doug Ford’s cuts — has been the greatest privilege of my life,” she said.

“But I need to step back for my health. I was diagnosed with endometriosis in 2019. My pain has worsened over the past two years. I’m doing well, but being an MPP is a demanding role and I need to slow down for awhile and get my pain under control.”

Morrison said pain from the disorder “can be debilitating, as painful growths spread around the ovaries, Fallopian tubes and tissue. It can lead to infertility. People with endometriosis can live full, active lives and have great careers, and I plan to get my health on track so I’m able to do just that.”

NDP Leader Andrea Horwath said Morrison “is devoted to amplifying the voices of people who are marginalized, and lifting people up. She’s been a fierce champion for Toronto Centre residents, for tenants, and for the culture, character and diversity of the neighbourhoods in her riding.”

Morrison was first elected in 2018 and is one of three Indigenous New Democrat MPPs. She said she plans on “staying engaged with our progressive movement.”

The NDP is expected to hold a nomination meeting to choose a replacement. 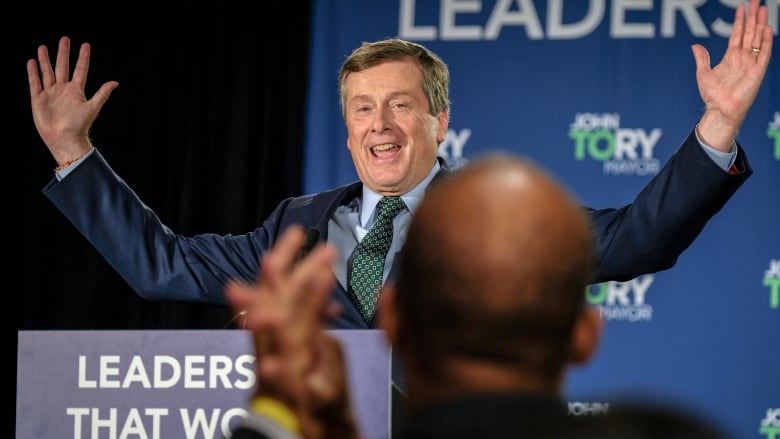 (CBC) - John Tory confirmed Friday he'll run for a third term as Toronto's mayor in the next municipal election, making him the first high-profile politician to announce their candidacy.

Official registration opens in May. "I am running for Mayor for another term because I believe Toronto needs an experienced leader who will continue to work hard with both the federal and provincial governments to ensure Toronto stays on track, and continue to work on making Toronto a more livable and more affordable place to live, to work and build a future," Tory said in a statement.

He said he made the decision to seek re-election after discussing it with his family and "receiving their blessing and support."

The announcement brings to a close months of speculation about whether he would run for re-election this fall.

Tory says he's running again to help steer the city out of the pandemic.

"This is about protecting our progress and making sure Toronto comes out of this pandemic stronger than ever. That's what I've done every day as Mayor - including over the last two years confronting COVID-19 - and that's what I am going to do if I am fortunate enough to be re-elected again in October."


Tory says this may be his final term if re-elected

Tory was first elected in 2014 with 40 per cent of the vote, replacing former mayor Rob Ford.

That tumultuous campaign saw him face up against now-Premier Doug Ford, who opted to run in his younger brother's place following Rob's cancer diagnosis, and Olivia Chow.

In 2018, Tory won his second term by capturing more than 60 per cent of the vote (though just 41 per cent of eligible Torontonians cast a ballot in that election, according to city statistics.)

Despite the strong show of support, Tory's time in office has not been without controversy.

Most recently, he faced sharp criticism for the city's handling of the homelessness crisis, after officials and police — some dressed in riot gear — dismantled several encampments last summer.

Tory defended the operation, calling the encampments unsafe and illegal, but promised a review into what took place.

Deputy Mayor Denzil Minnan-Wong says Tory is "doing a good job" and he understands why he would want to continue for a third term.

"I think John's the right guy to lead the city for the next four years," Minnan-Wong said.

If re-elected, Tory said this will likely be his last term.

"I'll be lucky if the voters entrust me with a third term and give me the privilege of having this job for another four years [but] beyond that I think there will be other things that I might do," he told reporters at a different announcement Friday.

The municipal election is scheduled for Oct. 24.

No information on future election date at this time. Learn more

A weekly news show about the Regent Park community and surrounding areas. Produced by RPTV (Regent Park TV) a program of the FOCUS Media Arts Centre